We are going to give a little overview of the most broken TFT compositions with the current patch 10.8.

At first we can assure that the dark stars are OP.

After we have been playing with the TFT patch 10.8 for a few days, the players already know what is the strongest and what must be played to climb it in the qualifiers as fast as possible.

Really the goal has not undergone major changes but some other nuances, such as the composition of Mechapilotos that has lost strength.

Without a doubt, the composition of Star Guardians + Sorcerers is the strongest of all the meta. The objective of this composition is to achieve as fast as possible the 6 star guardians and 4 sorcerers and then finish completing it with a spatula.

We give an example: 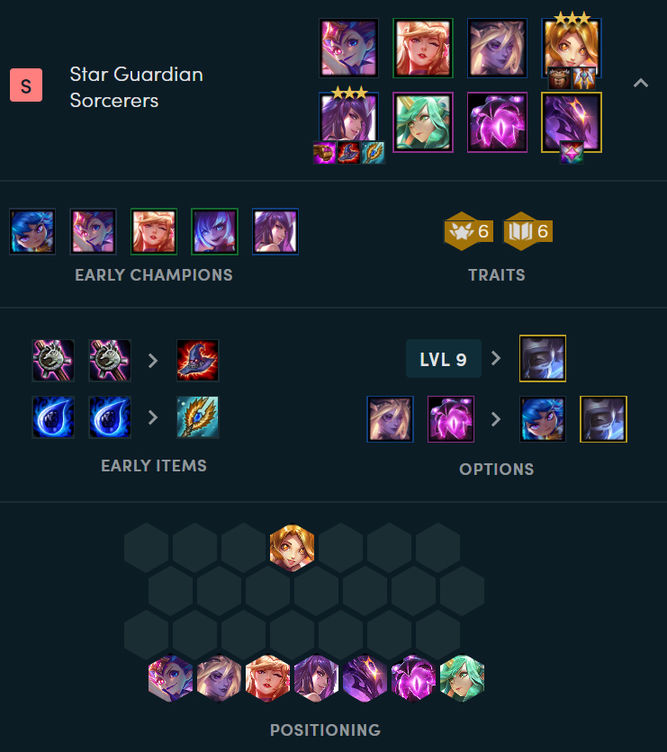 You have to try to get Syndra to 3, since he is our main carry, and Neeko in the frontlane to 3 that will be our tank. One will hold the enemy’s glopes while the other token will kill all enemies.

Nerfs at Mechapilotos has resulted in the robot that Annie, Fizz and Rumble manage to generate is much less strong, playable but has nothing to do with what it was before. Still playing with Infiltrates, but the composition is now much more balanced. In this composition you have to try to make a Mecha to 3 and Shaco to put it as the main carry.

The Dark stars are out, they are too OP and we would not be surprised if they eat a nerf sooner rather than later, but for now we are going to try to spam this composition to farm ELO as quickly as possible.